This column presents all the donations made for the 2018 edition by “chateaux” and domains which were served at lunch during the event.

The terroir: After a rewarding experience working around the world as a consultant, Bruno Lorenzon took over control of the family domaine in the middle of the nineties. His travels helped him to find his own style, and to understand the exceptional terroir of his own domaine. Today his place is here, in Mercurey, and nowhere else He has restructured the domaine, taking into account its heritage and history, whilst adding his own personal touch: the desire to focus on purity, minerality. Today Carline, Bruno’s sister, acts as second-in-command, and she shares her brother’s values: respect for the vines and nature, and the production of a vinous jewel from this exceptional terroir.

The philosophy: To grow grapes as they did in the XIX century with a minimum of intervention and a maximum of understanding is Bruno Lorenzon’s philosophy. As he says « great grapes are 90 % of the work ». The work in the vineyard must be a balance between what goes on underground and what goes on above: herbicide should not be used, rather one should refine the work in the vines, and pay particular attention to the foliage to help harmonise the plant. The grapes should be harvested at physiological ripeness and picked with precision and care. The style of each vintage should be respected this is the domaine’s philosophy.

« To work in the vines to ensure that each grape shows its true potential» During his travels through different countries in the Southern Hemisphere, Bruno Lorenzon learnt much about « downstreaming ». For him, there is no question of trying to compensate in the winery for that which was not obtained in the vineyard. It is during a precise maturation that the real potential of the fruit is shown. Each vintage has its own identity, its own peculiarities, and one must accept them as they are.

Vintage 2012: The vintage 2012 was characterised by a slow, late growth cycle due to a very cool and wet spring. The budburst was spread out over time and created a variation in the stages of development that was to be partially evened out by the dry, sunny period that began in mid-July. The colour change and ripening occurred in ideal weather conditions that continued through to harvest-time. The grapes remained perfectly healthy despite rainy spells during picking.

Tasting notes: Drink: 2013-2028 Composed of 70% Merlot and 30% Cabernet Franc, the deep ruby/plum/purple-colored 2012 Nénin exhibits notes of spring flowers, blueberries, black raspberries and kirsch, a full-bodied, beautifully textured mouthfeel, terrific purity and a long finish. It should drink well for 15+ years. These may turn out to be the finest Pomerols Jean-Hubert Delon and his team have made to date as the 2012s are better than either the 2009 or 2010s. 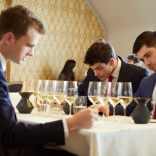 The challengers of the 2019 edition 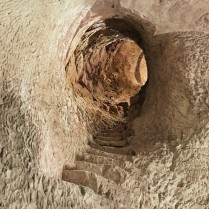